New Report Says Robots Will Take Over Construction Industry by 2020 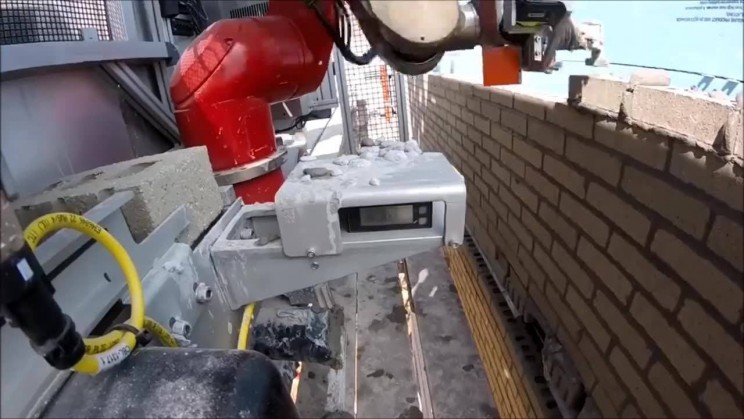 A new report conducted by the World Economic Forum estimates that nearly half a million construction jobs will be taken by robots before 2020. Many experts liken this digital revolution to the Industrial Revolution as employers and their employees have to keep up with emerging technology.

f you are a bricklayer, it might be time to start to retrain for a new career. A recent report suggests the industry will be dominated by robots by 2020. A new report from the World Economic Forum suggests that more than half a million construction jobs will be replaced by robots by the end of the next decade. The report outlined that more than 5.1 million jobs will be handed over to robots with 10 percent of those in the construction industry. Many jobs that will be replaced by automation are tasks that are repetitive, mundane and require a small amount of thought and decision making. The report gathers data from interviews with human resources staff from 371 companies around the world.

But not all in the industry see the changes as a negative thing. Balfour Beatty, an international construction company, claims the move to automation would „[create] new roles for skilled workers in cutting-edge areas.“

Balfour’s chief executive Leo Quinn said on ENR Midwest: „We are experiencing a digital revolution, redefining how we as an industry operate; becoming faster, better and more agile. By adopting and embracing the rise of digital solutions we are more able to deliver efficient, effective and safer solutions to our clients and customers. These changes will mean we have to ensure our industry trains our current and future employees with the skills to exploit the use of new technology, new materials and new methods of working.“

While a safer and more efficient workforce is commendable, construction jobs provide employment for many of the world’s unskilled and vulnerable workers. These people are unlikely to have the opportunity to retrain or find similar jobs. The world economic forum suggests the job security of these workers are in the hands of their of employers. The report suggests that re-training of employees into specialized roles related to the automation of the industry should start as soon as possible so companies can be best prepared for the shift. In previous eras of the industrial revolution, the increase of new technology was slow enough to allow the job market and industry to acclimatize to the changes. The report concluded with “Without targeted action today to manage the near-term transition and build a workforce with future-proof skills, governments will have to cope with ever-growing unemployment and inequality, and businesses with a shrinking consumer base.”

While the industry grapples with the notion of ever increasing automation, it is also suffering from record low productivity levels. A report released by McKinsey & Company earlier this year showed that the construction industry’s productivity levels have not significantly risen since the 1940’s. Almost 98 percent of large construction projects are over budget and the industry is a huge contributor to environmental and material waste. The technological changes that are expected to revolutionize the industry are mobile construction workers that can efficiently lay bricks as well as mobile 3D printers that can respond to environmental changes. In almost every case, the Artificial Intelligence-based technologies are able to complete their tasks, more quickly, efficiently and safely than their human colleagues.