We’ve heard of Beijing’s nine million bikes and China referred to as the “Kingdom of Bicycles”. But the reality in many Chinese cities is that the car is king, and getting from A to B has become increasingly difficult – and dangerous – for the country’s cyclists.

However, the emergence of popular bike-sharing schemes, frustration with gridlocked roads, and efforts to tackle the country’s air pollution crisis are all helping to rekindle China’s love affair with cycling.

The southeast city of Xiamen has gone even further with the construction of a 7.6km elevated skyway for bikes – the world’s longest elevated cycle path. 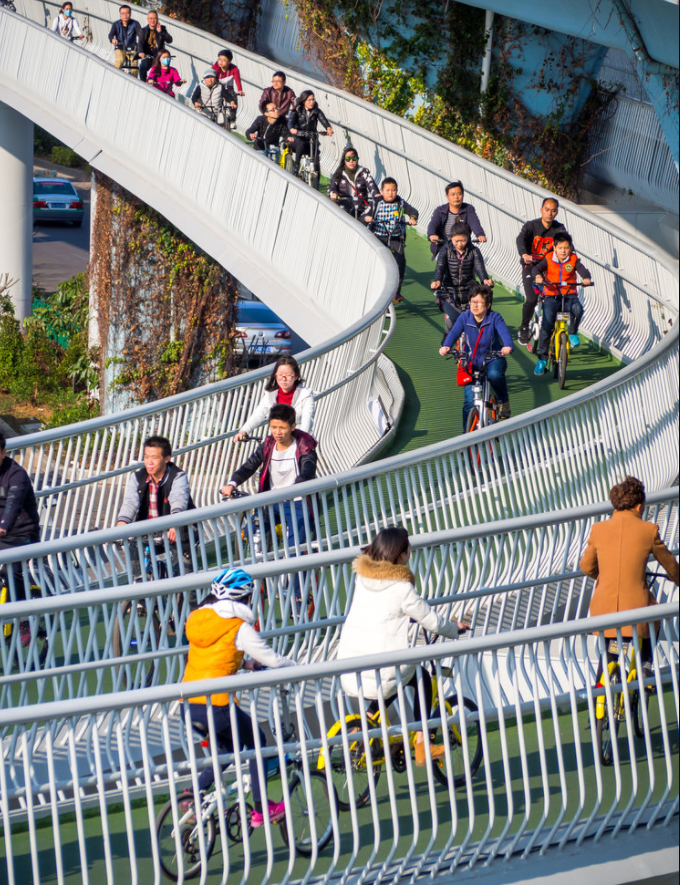 Connecting the major residential and business sectors of the city, the aerial cycleway sits below Xiamen’s existing overhead bus transport system. At 4.8 m wide it has capacity for over 2000 bikes at a time, and will join up with 11 bus stations and two subway stations. As well as space to park bikes, it will also have bikes available to hire. 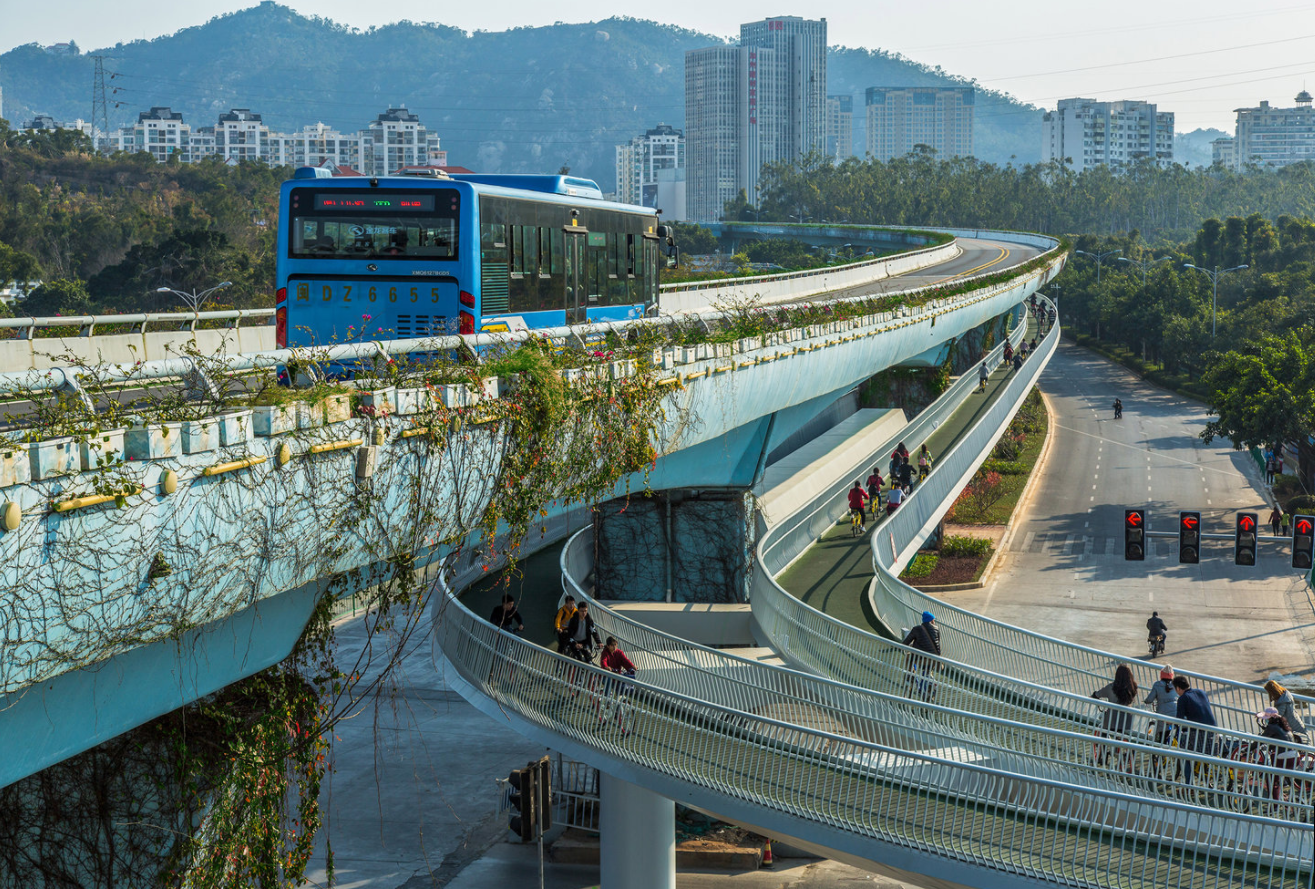 Designed and completed in six months, the project was the latest in a number of raised cycleways by Danish architects Dissing+Weitling. Another project, the ‘Bicycle Snake’, was completed in 2014. The 230 m bridge connects Copenhagen’s harbour area to the city.

Copenhagen had already cemented its status as a bike-friendly city with a cycle super-highway that connects the city with the suburban town of Albertslund, 22 km away. The eventual aim is to build a network of 28 cycle superhighways, covering 500 km. It is estimated the network will increase the number of cycle lanes in Greater Copenhagen by 15% and reduce public expenditure by €40.3m annually thanks to improved health. 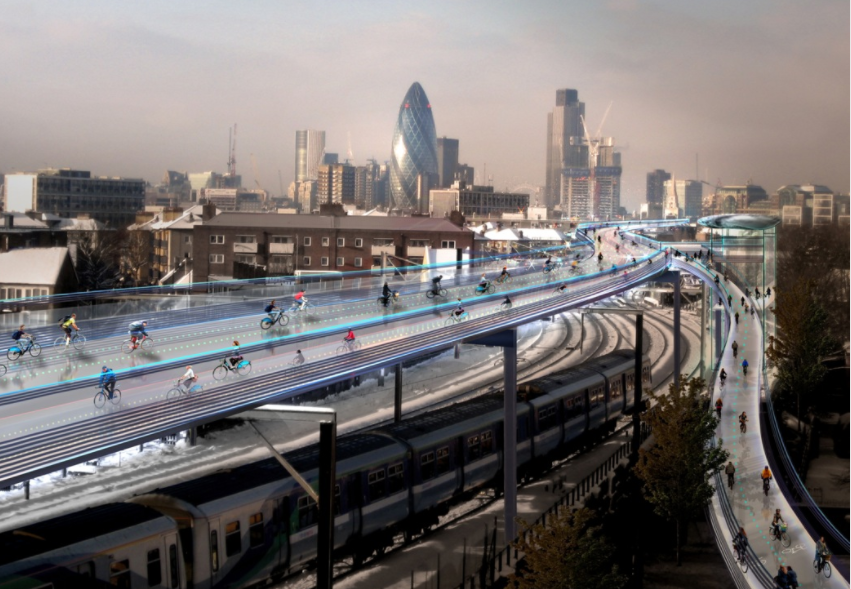 Meanwhile, London is among other cities considering proposals for elevated bike paths. Architect Norman Foster unveiled plans to create a 220 km car-free cycle network around the city and surrounds. The city has already introduced a network of cycle superhighways on roads.